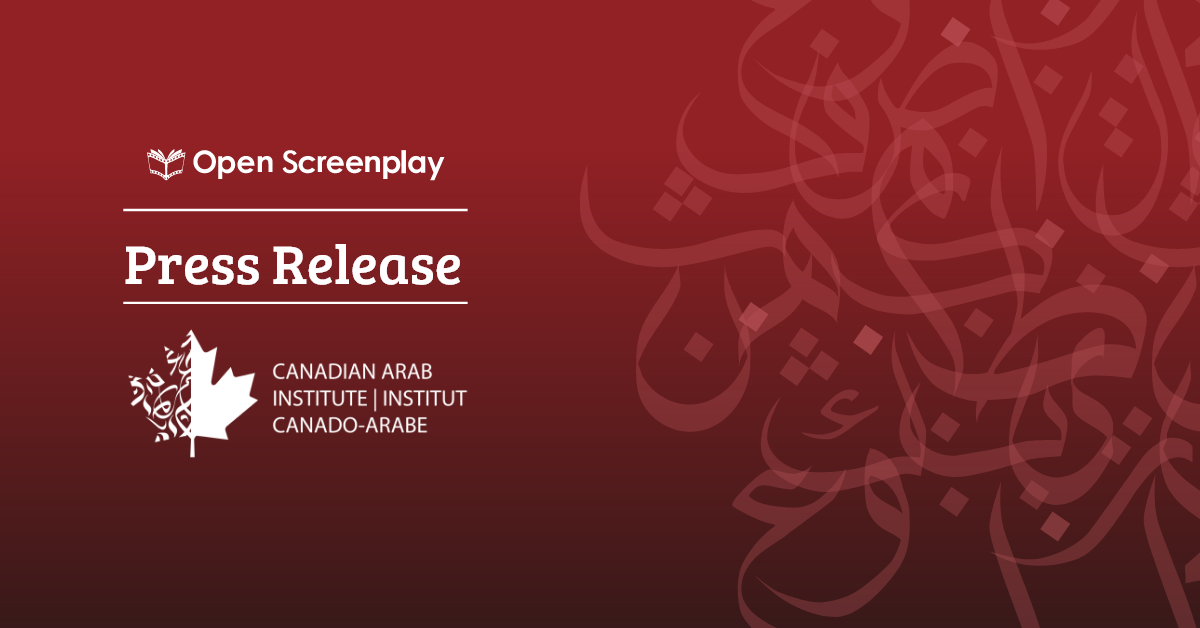 For decades, the mainstream media in the West has systematically stereotyped and vilified people of Arab origin. In over 900 Hollywood films, Arabs have been depicted as brute murderers, religious fanatics, oil-rich dimwits or abusers of women, not to mention quintessential villains. Such degradation of an entire people ultimately leads to their dehumanization.

Today, Arabs in the West are constantly required to face racist stereotypes, profiling at airports, suspicious glares on the subway, and struggle to express a historic language, identity, and culture of immense depth and diversity.

“CAI’s mission is to articulate the perspective of Arab-Canadians. It’s time that we build a narrative about our identity and history in Canada ourselves. Thank you OpenScreenplay for allowing us to create this narrative at a time when mainstream media fails to demonstrate Arab excellence” - Shireen Salti, Interim Executive Director of CAI.

“Growing up as a Canadian-Palestinian, I witnessed first hand the racsist stereo-types perpetuated against Arabs by Hollywood and the mainstream media. We’re delighted to partner with the visionaries behind the Canadian Arab Institute to see new narratives being created by Arabs across Canada and dispel the various stereotypes that have long unjustly followed this rich and diverse community. We invite all writers to join and write from the heart and help advance the discourse around this topic in a creative and meaningful way” - Khaled Sabawi, Founder & CEO, Open Screenplay, Inc.

The contest winner would be able to take away $1,000 CAD and have their film produced. For more information about the contest visit:
www.openscreenplay.com/canadianarabinstitutecontest

About Open Screenplay
Open Screenplay is an online platform and marketplace that aims to bring democracy and diversity to storytelling in Film and television, using powerful screenwriting tools, online education, and a patented collaborative technology to help emerging voices in screenwriting tell original stories. Visit us at www.openscreenplay.com