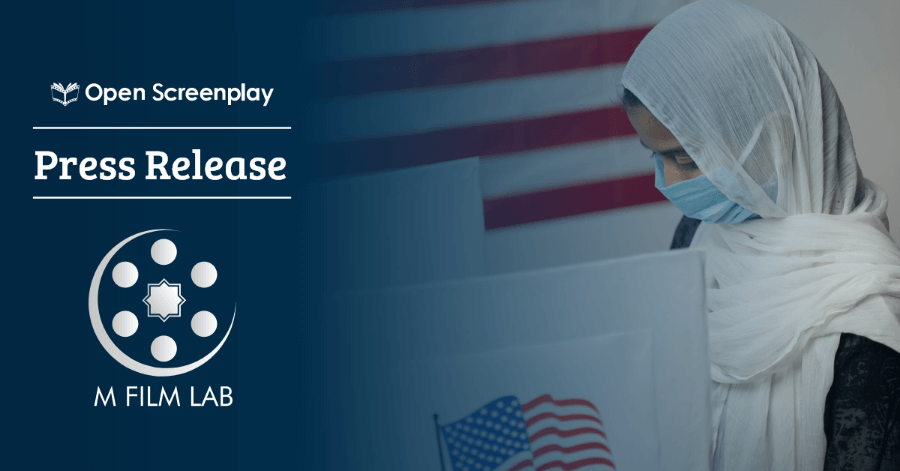 TORONTO, July 9, 2020 – Open Screenplay is proud to host the M Film Lab’s fall 2021 program, a free-to-join screenwriting workshop and mentorship opportunity for screenwriters and creators committed to fair artistic representation of Muslims and Islam in film & television, and held in partnership with Pillars Fund and the Muslim Public Affairs Council’s Hollywood Bureau. Inspired partly by the recent and important work done by Pillars Fund, which received widespread media coverage, about the woeful lack of fair representation of Muslims in Hollywood, the M Film Lab aims to discover and elevate stories that depict authentic Muslim characters and create a pipeline of compelling, meaningful content that sheds light on the issues facing Muslims AND OTHER MINORITIES in North America and abroad.

The M Film Lab utilizes Open Screenplay’s online platform, advanced screenwriting and collaboration tools, and is open to all aspiring screenwriters regardless of background. It also provides opportunities for them to work with and learn from accomplished industry professionals, and forge new connections with other artists.  At the end of the program, one short film screenplay will be selected to be filmed and produced.

Mr. Mohanad Malas, founder of The M Film Lab said “The lab aspires to provide an ecosystem for filmmakers to create authentic stories and diverse characters and to produce work that is creative, compelling, and with a strong social message.  For our inaugural program we are taking on the misrepresentation of Muslims and Islam in film, but aspire to include other underrepresented minorities in future programs.”

Commenting on the importance of this initiative, Open Screenplay Founder & CEO, Khaled Sabawi said “For far too long negative stereotypes about Muslims and Islam have been perpetuated in mainstream film and television, which has directly contributed to a rise in Islamophobia and often violent hate crimes.  We applaud the efforts of M Film Labs founder Mr. Malas, and are grateful for the support of Pillars Fund and MPAC’s Hollywood Bureau, in creating this wonderful opportunity to amplify narratives that fairly and realistically depict Muslims.  We are delighted that our platform and technology are enabling this worthwhile initiative.”

Applications for the M Film Lab fall 2021 program can be submitted at https://www.openscreenplay.com/mfilmlab.com

The Pillars Fund amplifies the leadership, narratives, and talents of Muslims in the United States to advance opportunity and justice for all. Since their founding in 2010, Pillars has distributed more than $6 million in grants to Muslim organizations and leaders who advance social good. Pillars Fund invest in community-focused initiatives, push back against harmful narratives, uplift Muslim stories, and give collectively to generate resources within Muslim communities for Muslim communities.

MPAC’s Hollywood Bureau changes the narrative of Islam and Muslims in the entertainment industry so that audiences see Muslims as vital contributors to creating social and cultural change in America and around the world. We do this by engaging decision makers and creatives to improve the quality of authentic, nuanced, and inclusive depictions of Islam and Muslims. We also create opportunities for Muslim storytellers to tell their own stories

Open Screenplay, a free, first-of-its-kind online platform that enables businesses to generate authentic and diverse stories from their audience while providing access to writers struggling to break into the business by helping them create better stories through the platform’s proven story-writing process and tools. Open Screenplay is creating a global community, where members have the option to collaborate with writers around the world. Visit us at www.openscreenplay.com