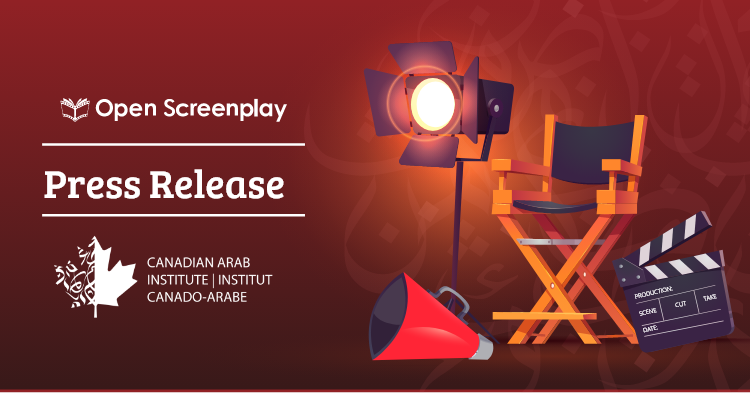 TORONTO, Feb 02, 2022– Open Screenplay is delighted to announce that it has entered into a production agreement with the Canadian Arab Institute to produce the first of a series of short films aimed at combating racism and discrimination experienced by Arab-Canadians. The project received funding from the Department of Canadian Heritage, as part of its initiative to tackle racism and Islamophobia.

The first production will be based on one of the winning screenplays from the popular, joint screenwriting contest held by CAI and Open Screenplay in 2021, which challenged writers to submit screenplays for a 10-minute short film, debunking myths and stereotypes about Arabs in North America. Titled “Lemons”, the screenplay is a heartwarming story about a neighborly culinary tradition, held universally among Arabs, and the ability of such traditions to break down barriers and enrich the Canadian cultural mosaic.

Open Screenplay’s Founder & CEO, Khaled Sabawi commented, “We are delighted to see another organization successfully using the Open Screenplay platform to engage with our community of diverse writers to source and produce authentic content, especially one with an important message as the Canadian Arab Institute. We want to thank the CAI for sharing our vision of empowering underrepresented screenwriters by hosting this contest, and for their valuable partnership”.

About The Canadian Arab Institute:

The CAI is a national, non-partisan organization that focuses on issues and interests of the Canadian Arab community through research, policy, programming and community engagement. CAI celebrates and encourages Arab Canadians' participation in all social, political, cultural and economic aspects of Canadian society.

Open Screenplay, a free, first-of-its-kind online platform for screenwriters, was founded to provide access to writers struggling to break into the business by providing a writing platform to help them create stories for marketing or entertainment. . Open Screenplay is creating a global community, where content buyers, including business and entertainment companies, can source authentic stories or screenplays from diverse writers around the world. Visit us at www.openscreenplay.com