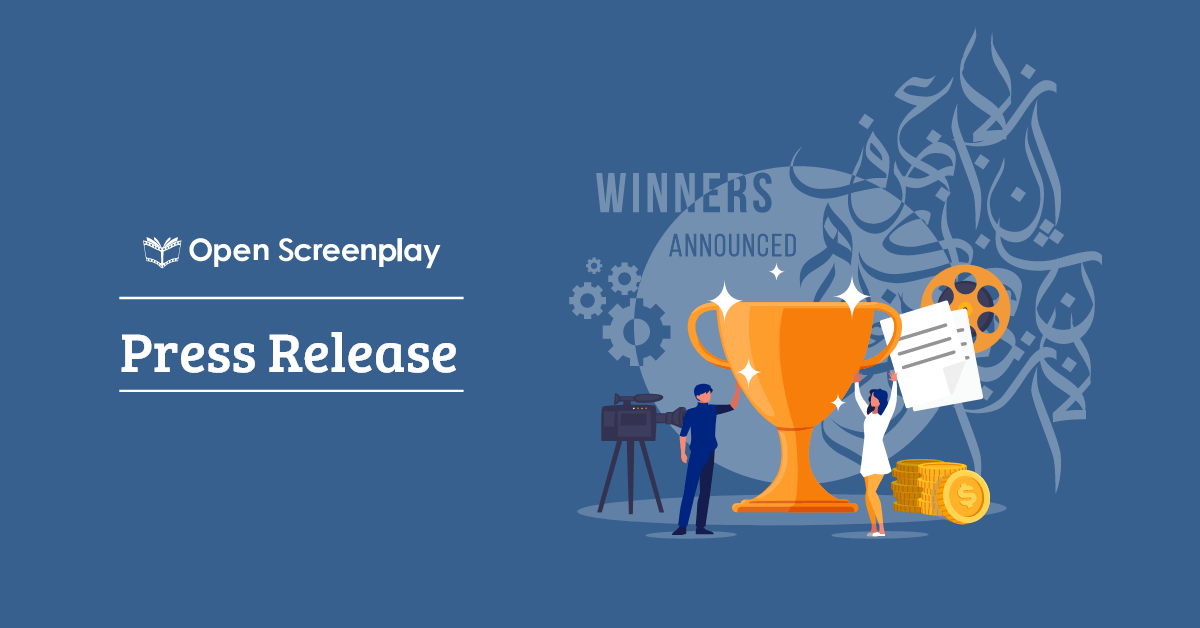 Open Screenplay, an online, collaborative screenwriting platform and marketplace that connects content buyers with screenwriters, in partnership with The Canadian Arab Institute (CAI), a national nonpartisan organization that focuses on issues and interests of the Canadian Arab community, has announced the winners in their recent short film screenwriting contest titled Arab Stories: Debunking Arab Myths. The contest topic, which aimed to dispel stereotypes about Arabs in Western culture, seemed to resonate with writers as evidenced by the strength and creativity exhibited in submitted screenplays.

The winning screenplay went to Karim Zouak for Three Arabs Walk into a Bar, a clever and witty story that challenges the audience’s assumptions about the characters on the screen. Zouak will be awarded the $1,000 first prize cash award and will be considered for production by Open Screenplay and CAI.

This contest continues Open Screenplay’s mission of cultivating partnerships to host screenwriting contests about important social topics and utilizing branded short films as a powerful way to convey messages. The partnership with CAI was especially important as it demonstrated the power of narrative storytelling to elucidate and confront challenging subjects such as cultural stereotypes.

“I’m thrilled to announce the winners and finalists for the CAI Arab Stories contest. Racial and cultural stereotypes continue to exist for many groups, but especially for Arabs in the West who are often portrayed in the media as terrorists, religious fanatics, and oil sheikhs. That is why we are incredibly grateful to CAI for their vision and great efforts to combat this unfortunate and unfair trend. For those who have submitted their screenplays, thank you for sharing your talent and creativity with us, and know that you have helped advance this conversation in a meaningful way” -Khaled Sabawi, CEO & Founder of Open Screenplay