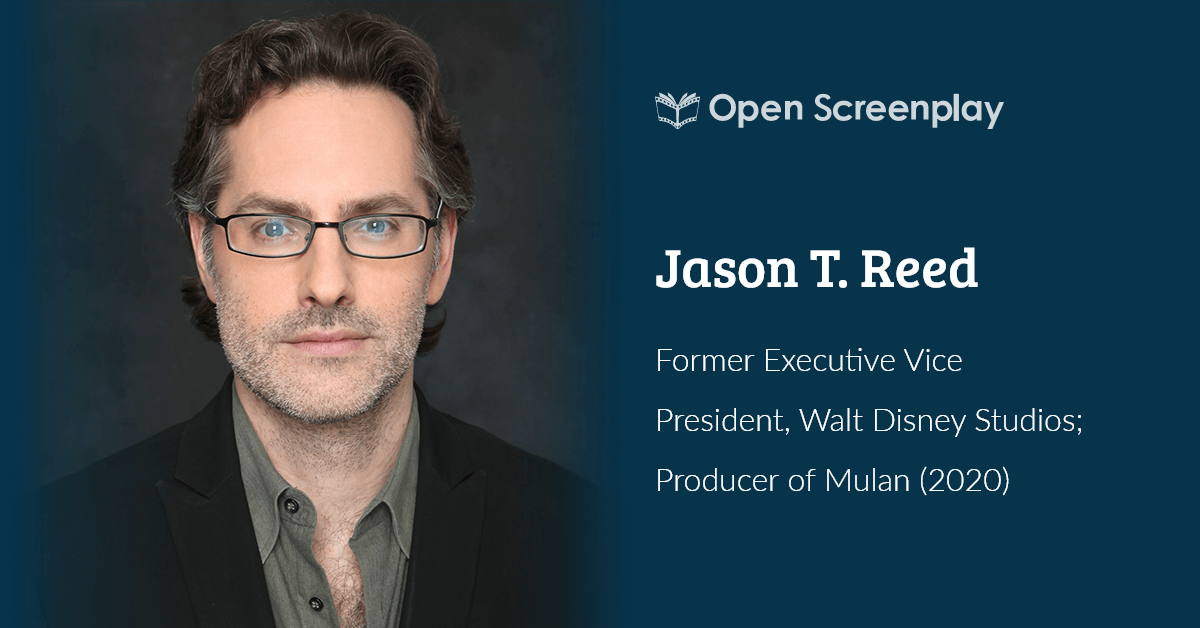 TORONTO, March 25, 2021 – Open Screenplay is delighted to announce that veteran film and television producer, Jason T. Reed has joined their advisory board. Jason Reed is a film and television producer and the owner of Jason T. Reed Productions, a company focused on producing high-quality film, television and digital content, as well as building integrated franchise worlds for a global audience. Most recently Mr. Reed produced the live-action feature film adaptation of Mulan for The Walt Disney Company.  Previously he served as an Executive Producer on ABC’s one-hour drama series, The Crossing, Of Kings and Prophets, and Michael Bay’s Teenage Mutant Ninja Turtles feature film for Paramount Pictures.

In addition, Mr. Reed co-founded and serves as the publisher of Brick Moon Fiction, a media company that produces original science fiction short stories and audio dramas by working with writers from diverse backgrounds to explore the impact of technology and trends on human society.  Building on his experiences at The Walt Disney Company and Brick Moon Fiction, Mr. Reed is in the process of launching a new company, KidPod Theater, that focuses on bringing high-quality family entertainment to podcasting.

Open Screenplay Founder and CEO, Khaled Sabawi, said “We are incredibly honored and excited to have a producer of Mr. Reed’s caliber on our team. Beyond his incredible depth of experience and industry knowledge, Mr. Reed is an innovator and a visionary, who immediately recognized the disruptive potential of Open Screenplay’s platform.  We look forward to working closely with Mr. Reed on expanding the reach of Open Screenplay and creating more opportunities for our community of users.”

About Open Screenplay
Open Screenplay, a free, first-of-its-kind online platform and marketplace that connects content buyers with a community of diverse storytellers and screenwriters looking to write, learn, and collaborate. Visit us at www.openscreenplay.com